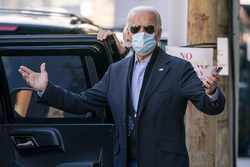 Joe Biden is fearmongering that “more people may die” because the Trump administration hasn’t begun transitioning oversight over the COVID-19 vaccines to the Biden team. “There was a plan for 300 million doses to be available at the end of the year. What they’re reporting now is 20 to 30 million doses available. Why? Where are the bottlenecks? ” A confused Biden mixed up the numbers. Dr. Moncef Slaoui, head of Operation Warp Speed, predicts 20 million doses will be shipped out on Dec. 11 and 12, and immediately administered to health care workers and other high-risk populations, including the…

END_OF_DOCUMENT_TOKEN_TO_BE_REPLACED 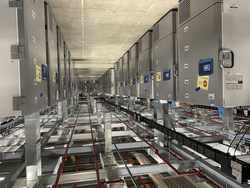 Participants in Pfizer and Moderna’s COVID-19 vaccine clinical trials can’t stop blabbing. The media is overflowing with testimonials explaining “Why I Volunteered” or “What It Was Like To Participate In The Clinical Trial For Moderna’s COVID-19 Vaccine.” Loudmouth liberal writer Molly Jong-Fast publicly begged for beatification: “Call Me the Joan of Arc of Coronavirus Vaccine Trials,” Jong-Fast’s ode to herself in The New York Times implored. A striking number of advocacy journalists milked their status as clinical trial enrollees, including Washington Post staffer Walter Isaacson, CNN… Read More in Real Clear Politics

END_OF_DOCUMENT_TOKEN_TO_BE_REPLACED 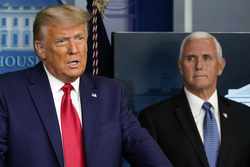 Donald Trump is nearing a crossroads. Those who allege that he has endangered the tradition of smooth presidential transitions by not conceding immediately after the media declared him the loser suffer amnesia. When Trump was elected in 2016, the Washington establishment lost its collective mind. The top echelon of the FBI and CIA were still spreading a fraudulent Christopher Steele dossier paid for by the campaign of his opponent, Hillary Clinton, and the Democratic National Committee. Shortly before Trump’s inauguration, President Barack Obama called Vice President Joe Biden, national… Read More in Real Clear Politics

END_OF_DOCUMENT_TOKEN_TO_BE_REPLACED 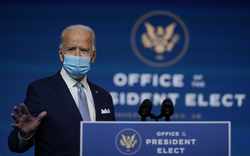 After spending two years avoiding serious questions about his policy preferences, his team and his prospective presidency, we now know what Joe Biden intends to do should the Electoral College, as expected, vote for him in December: He’ll reopen the swamp for business. The media spent four long years suggesting that President Donald Trump was steeped in corruption, ensconced in partisanship, enmeshed in dangerous foreign policy fiascos. The media assured us that they would defend democracy from Trump’s brutalities, that they would spend every waking moment fighting to prevent anyone from… Read More in Real Clear Politics

END_OF_DOCUMENT_TOKEN_TO_BE_REPLACED 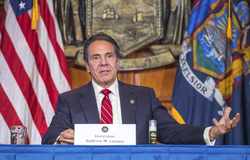 During the pandemic, what are some of America’s governors serving up for the Thanksgiving through Christmas season? A stress test for the Constitution and a crackdown on individual liberty. That’s how U.S. Supreme Court Justice Samuel Alito aptly characterized the situation in a recent, stirring keynote virtual address at the conservative Federalist Society’s National Lawyers Convention. Alito’s remarks came days before several governors imposed their latest, newest shutdown edicts and their Thanksgiving gathering rules. The pandemic had already put great stress on individual liberties, and… Read More in Real Clear Politics

Good morning, it’s Wednesday, Nov. 25, 2020. On a cold, gray autumn Monday afternoon 57 years ago today, John Fitzgerald Kennedy was buried at Arlington National Cemetery. It was his son John’s third birthday. The body of the slain 46-year-old president had lain in state the previous day in the Capitol Rotunda where some 250,000 stricken Americans had waited hours to file by the casket to pay their respects. The line was so long — it stretched some 40 blocks — that Capitol Police extended the viewing hours to all night. On Monday morning, the funeral procession made its way

END_OF_DOCUMENT_TOKEN_TO_BE_REPLACED 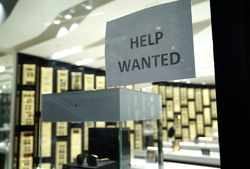 As the coronavirus virus spreads, the economic damage from state lockdowns intensifies. Yet the good – if not incredible – news is that we are on the cusp of approval for one or more highly effective vaccines. Once that vaccine is effectively distributed, job one for the next presidential administration will be getting America back to work. The measure of that effort’s success will be how closely it can approximate the conditions of 2019, which should be remembered as “the year of the worker.” Keep in mind that the benefits America experienced in 2019 were not the result of government…

END_OF_DOCUMENT_TOKEN_TO_BE_REPLACED 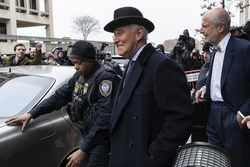 Anyone who follows politics is familiar with the long, colorful career of Roger Stone. On Feb. 20, that career reached its nadir when the unconventional Republican operative was sentenced to 40 months in prison for lying to Congress, obstruction, and witness tampering. Widely reported was U.S. District Judge Amy Berman Jackson’s statement that Stone “was not prosecuted for standing up for the president; he was prosecuted for covering up for the president.” Stone and his lawyers were quick to point out that “covering up” was not among the official charges. Given Stone’s more than four-decade… Read More in Real Clear

Good morning, it’s Tuesday, Nov. 24, 2020. Six years ago today, President Obama conferred the Presidential Medal of Freedom on 19 Americans, six of them posthumously. Such ceremonies invariably are tinged with partisan politics, this one more than most. Among the 19 award recipients were four Democrats who had served in Congress, as well as Ethel Kennedy, the matriarch of a dynastic Democratic political family. It also certainly made sense that the nation’s first African American president would honor others who had worked for racial justice: The recipients in that category ranged from the… Read More in Real Clear Politics

END_OF_DOCUMENT_TOKEN_TO_BE_REPLACED 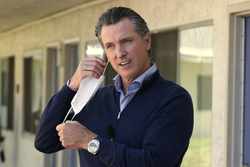 Since Merriam-Webster is making all sorts of changes these days, the editors ought to change the entry for “hypocrite” to read as follows: hyp-o-crite (n.) a person who is like Gavin Newsom. At this point, who hasn’t seen the photos of the governor of the most populous state in the country — with some of the most severe COVID restrictions to be found — sipping wine and dining maskless, crammed around a table with a dozen or so elites at arguably the most famous and hoity-toity restaurant in America? The in-your-face elitism of it all would make Marie Antoinette blush,