Robinhood announced this morning that it has raised $200 million more at a new, higher $11.2 billion valuation. The new capital came as a surprise.

Astute observers of all things fintech will recall that Robinhood, a popular stock trading service, has raised capital multiple times this year, including an initial $280 million round at an $8.3 billion valuation, and a later $320 million addition that brought its valuation to $8.6 billion.

The Exchange explores startups, markets and money. You can read it every morning on Extra Crunch, or get The Exchange newsletter every Saturday.

Those rounds, coming in May and July, now feel very passé in the sense that they are frightfully cheap compared to the price at which Robinhood just added new funds. D1 Partners — a private capital pool founded in 2018 — led the funding.

The unicorn’s new nine-figure tranche, a Series G, values the firm at $11.2 billion. A $2.6 billion bump in about a month is an impressive result, one that points to an inescapable conclusion: Robinhood is still growing, and fast.

How fast is the question. There are three things to bring up in this regard: Trading growth at Robinhood, the company’s soaring incomes from selling order flow to other financial institutions, and, oddly enough, crypto. Let’s peek at each and come up with a good why as to the new Robinhood valuation.

After all, we’re going to see an IPO from this company before the markets get less interesting, if it’s smart.

Robinhood is currently walking a line between enthusiasm that its trading volume is growing and conservatism, arguing that its userbase is not majority-comprised of day traders. The company is stuck between the need for huge revenue growth and keeping pedestrian users from tanking their net worth with unwise options bets.

It’s worth noting that Robinhood spent a lot of its funding round announcement email to TechCrunch talking about its users safety and education work. It makes sense given that we know that the company is seeing record trades, and record incomes from options themselves. After a Robinhood user killed themself after misunderstanding an options trade on the platform, Robinhood pledged to do better. We’re keeping tabs on how well it manages to meet the mark of its promise.

But back to the revenue game, let’s talk volume. On the trading front Robinhood has lots of darts. And by darts we mean daily average revenue trades. Robinhood had 4.31 million DARTs in June, with the company adding that “DARTs in Q2 more than doubled compared to Q1” in an email.

The huge gain in trading volume does not mean that most Robinhood users are day trading, but it does imply that some are given the huge implied trading volume results that the DARTs figure points to. Robinhood saw around 129,300,000 trades in June, which is 30 days. That’s a lot! 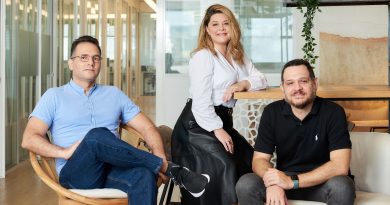 Syte, an e-commerce visual search platform, gets $30 million Series C to expand in the U.S. and Asia

These beautiful Italian towns will pay you to work remotely

Ohio Customer Leaves $3,000 Tip for Restaurant One Day Before Closing Down

Perch raises $123.5M to grow its stable of D2C brands that sell on Amazon