It’s been less than a year since Group Nine Media acquired PopSugar — but it’s been a uniquely challenging time in digital media.

Brian Sugar founded the eponymous women’s lifestyle site with his wife Lisa Sugar . Post-acquisition, he’s become president for the entirety of Group Nine (which also owns Thrillist, NowThis, The Dodo and Seeker) and also joined the company’s board.

That job probably looks very different from what he expected last fall. The company had to lay off 7% of its staff back in April, which Sugar described as “one of the worst days of my career.” At the same time, he remains confident about the online advertising business. In his view, it’s TV advertising that’s taken a “huge punch” in the face and will never recover.

“We like to think of ourselves as one of the fastest, most innovative publishers out there,” Sugar told me. “And now’s the time for us to kind of show that off.”

You can read an edited, updated and condensed transcript of our conversation below, in which I talked to Sugar about how his role has evolved, how he motivates the team during difficult times and what gets lost in the shift to remote work.

TechCrunch: Obviously, it’s been a crazy couple of months since we last talked. What does your job look like now?

Brian Sugar: Well, I feel like a data miner, searching for answers. I feel like a hackathon engineer. And I feel like a therapist. You know, we like to think of ourselves as one of the fastest, most innovative publishers out there. And now’s the time for us to kind of show that off.

[We’ve just been] looking at data on how people are consuming our content across platforms. And on our site, we’ve come up with some really interesting ideas that we’ve implemented. We’ve been having these really cool hackathon Fridays to build stuff quickly, because a lot of people feel like they have a little bit more time on their hands — because you don’t have to travel to meetings, you can get more work done. Some people feel they’re more efficient.

You mentioned launching some new products to respond to how audience behavior is changing. Are there any examples?

The first one [is] the PopSugar Fitness thing. We were planning on launching a paid workout subscription service in May, but everybody was working from home [in March], and we decided to pull the launch all the way up to as fast as we can launch it. We launched it that following weekend. Since the launch in late March, over the past few months, we’ve had 200,000 people sign up, and we have 50,000 monthly active users on it. 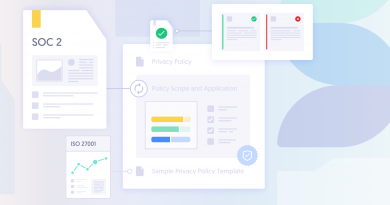 One CMO’s honest take on the modern chief marketing role

Femtech poised for growth beyond fertility