AutoX’s RoboTaxis will first be available in Jiading District, starting with a fleet of 100 vehicles. Rides can be booked through AutoNavi, the mapping and transportation-booking app owned by Alibaba, one of the startup’s investors. AutoX, which is headquartered in Shenzhen, raised a $100 million Series A last year from backers including Dongfeng Motor, one of China’s largest vehicle manufacturers, Alibaba, and Plug and Play’s China fund.

AutoX’s service will compete against Didi’s self-driving taxi pilot, which also operates in Jiading District, a large suburban district that is fairly close to Shanghai’s center, but less congested. Didi’s service launched a few weeks after the company announced it had raised $500 million from investors including SoftBank for its new autonomous driving subsidiary. Didi’s ambitious goal is to deploy more than one million autonomous vehicles by 2030.

AutoX and Didi are both competing against a list of autonomous taxi services from Chinese rivals like Pony.ai, Baidu and WeRide. All have already deployed robotaxi programs in different cities. Other companies, like Momenta, are focused on building and selling software for self-driving taxis to partners, which may enable even more robotaxi fleets to launch. Momenta’s progress is due in part to state support, because the Chinese government has created several large funds for industries including autonomous driving, 5G and artificial intelligence, as it tries to offset the economic impact of COVID-19.

When asked about the competitive landscape, Jewel Li, the chief operating officer of AutoX, told TechCrunch that one of its advantages is investor list, which includes original equipment manufacturers and Alibaba. This means AutoX’s backers not only provide funds, but also “the use cases in both mobility and logistics for autonomous driving. This investor portfolio is one of a kind, not only in the China market, but also globally.”

The company also has a robotaxi fleet in Shenzhen’s Nanshan District, she added, giving the company experience with autonomous rides in a densely-populated urban area.

AutoX is currently the third, and only China-focused company, to hold a permit for driverless robotaxis in California, which Li calls the “highest standard permit in the autonomous driving industry.” (The other two holders are Waymo and Nuro).

AutoX’s RoboTaxis will also be available for bookings through Shanghai-based taxi fleet Letzgo’s app. The two companies announced a strategic partnership today that will have Letzgo staff running RoboTaxis at AutoX’s Shanghai operations center, which opened in April.

AutoX also has plans to build out its robotaxi service in Europe. 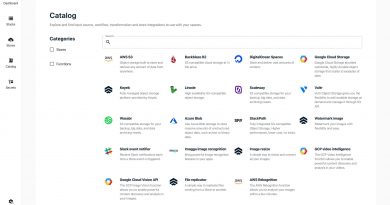 The junta overthrew the government they represented. What happens next for Myanmar’s diplomats in limbo?

Ocasio-Cortez teams up on Twitch with controversial left-wing commentator