The current president thinks that the former vice president may be on drugs, and Donald Trump has asked that Joe Biden pee in a cup. He insists he isn’t kidding. “I’m not joking,” he clarified when asked about the seriousness of his public calls for toxicology screenings of his opponent. “I’m willing to take a drug test. I think he should too.”
Trump insists that the signs of substance use are plainly visible, if the press would only look.
He watched Biden clash with other candidates early on in the Democratic primary, “and I said there’s no way he could continue.” When he watched Biden go… Read More in Real Clear Politics Debate Scoring; No Surprise; Bert's Gift; Tune In at 10:30 A.M. to Our Virtual Briefing 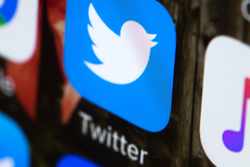