Good morning, it’s Thursday, Dec. 23, 2021. Two years ago today, a Chinese government entity in Hubei province called the Enshi Forestry Bureau quietly ordered a halt to the sale of wildlife raised by local farmers for so-called “wet markets.”
One of the largest such markets in central China was approximately a six-hour drive away in Wuhan, a sprawling city whose name was then unfamiliar to most Americans. At Wuhan’s Hunan Seafood Wholesale Market, shoppers can visit some 1,000 stalls to purchase anything from fresh vegetables to live mammals.
Wuhan also turns out to be the location of… Read More in Real Clear Politics 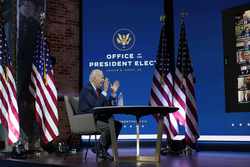 What Trump Will Leave in Biden's Inbox 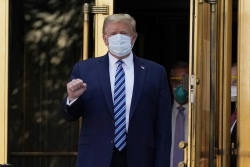 Inside the new Academy Museum’s collection of iconic movie memorabilia

About 60% of American adults have had at least one dose of Covid-19 vaccine, including more people of color

Liz Peek: Biden and the debate – this could shake up the race as former VP finally gets grilled

The Right Way to Modernize Infrastructure