It’s now pretty clear that Joe Biden has a lead, but President Donald Trump has been closing nationally (which doesn’t really matter) and in key battleground states (which matters a ton). Each party’s base has been decided for months. The election, as usual, is largely about who can convince the people in the middle.
Trump’s appeal to this group is he’s the first politician in a long time who sounds like he’s really clued in to their day-to-day concerns. His economic program succeeded in increasing wages and boosting employment until it was completely undone by the pandemic. Voters know that,… Read More in Real Clear Politics 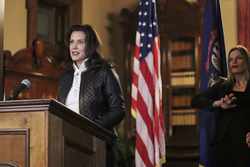 Armies of the Dysfunctional Putin's Got His Problems, Too