On Tuesday night, Democratic Portland mayor and ardent leftist Ted Wheeler, culling from a longer post on Facebook, tweeted his outrage at a “violent group of individuals” who destroyed “another minority-owned, local business.” Strangely enough, Wheeler simply would not say which group was responsible. Some in the crowd broke windows and someone appears to have Read More 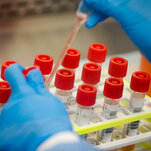 Malliotakis reacts to Cuban protesters calling to end socialism: ‘A reminder of how fortunate we are’