Joe Biden’s lead over Donald Trump among registered voters has significantly narrowed since June, according to a new CNN poll conducted by SSRS, even as the former vice president maintains an advantage over the President on several top issues and his choice of California Sen. Kamala Harris as a running mate earns largely positive reviews. Read More 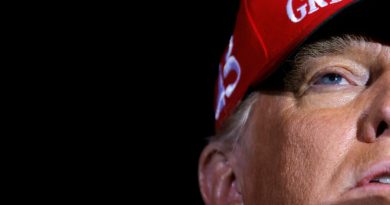 Response to ‘I used to be a Never Trumper. Not anymore,’ by US Jew