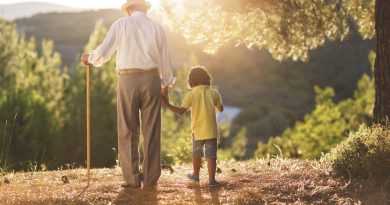 WATCH: Young Boys Use ‘Hugging Station’ For Grandparents As Grandfather Has Bone Cancer

‘If You’re Not Indoctrinating Your Children, Then Someone Else Is’: Allie Beth Stuckey On Woke Education, Entertainment, And ‘Self Love’

NBC host to Trump: “You’re not someone’s crazy uncle who can just retweet whatever”

Covid-19 vaccine boosters may be necessary. Here’s what you need to know

Tucker Carlson: From Its Very First Days This Pandemic Was Shrouded in Lies

‘Send The Shadow Minister for Equalities A Dictionary And A Backbone’: J.K. Rowling Rips U.K. Official Who Quibbles On What A Woman Is

‘He Gave Putin The Card To Hold Us Hostage’: Chris Christie Blows Up ABC Panel After Donna Brazile Claims Biden Is Leading On Ukraine